Join and Lookup: Working with Multiple Datasets on the Engine

Working with multiple datasets is a must in any ML project. Join tables or lookup info from tables easily with the Join and Lookup actions on the Engine!

Working with multiple datasets is a must in any serious real-world machine learning project. In particular, joining multiple tables together or looking up information from other tables are bread and butter tasks in data science.

In the article, you will learn how to do joins and lookups on the AI & Analytics Engine platform.

A key advantage of using the Engine’s data wrangling ability is that you can easily construct the actions by choosing the columns you want with autocompletion and drop down; so you won't have to remember the column names and switch between data view and action view to look up the names of the columns. Also, because everything is validated, you will not make mistakes like trying to join columns of different types (e.g., a common mistake is to try and join a text column with a numeric column, and getting a potentially head-scratching error message). The Engine protects you from committing such errors by doing the validations for you and providing easy-to-understand error messages for common mistakes.

Here we will demonstrate the Lookup and Join Actions

To illustrate the Lookup and Join actions: we will use these datasets: 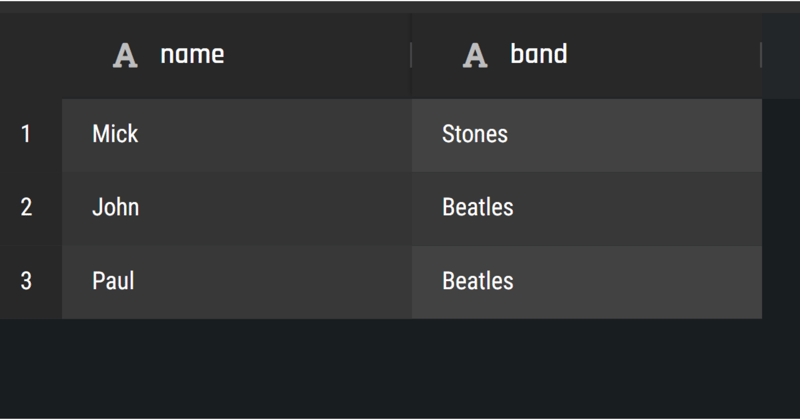 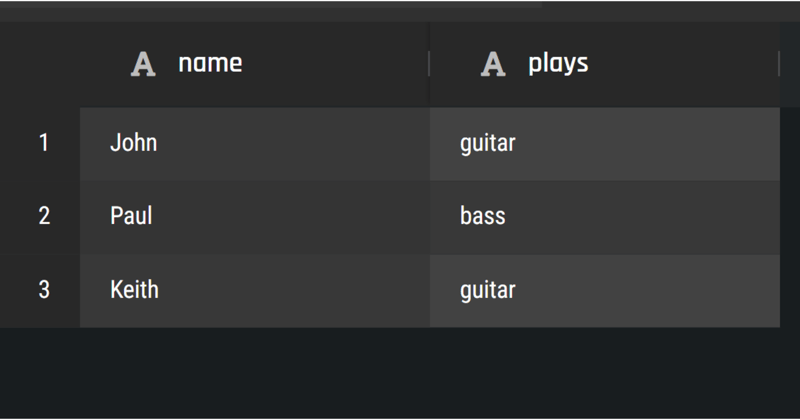 Looking up information in another table is one of the most common data operations. Consider the Band Members and Instruments datasets mentioned above; for each band member, we wish to look up the instrument they play, each member only plays one instrument, so it’s a Lookup action.

Here is how the lookup works:

Sometimes you may want to summarize the lookup dataset in some way before doing a Lookup. The Lookup Aggregation action can achieve this. 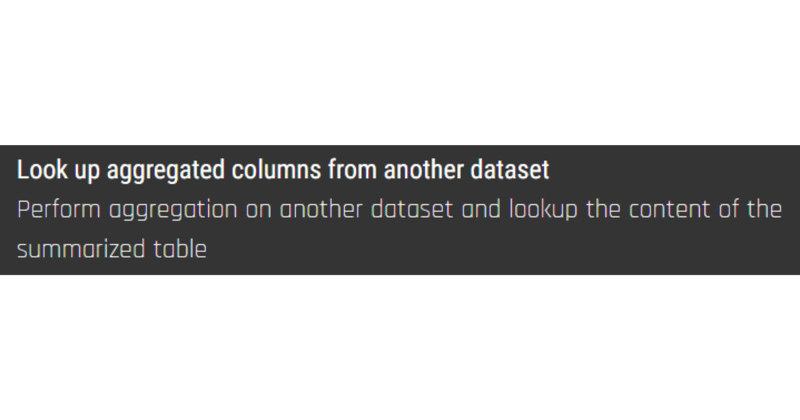 The benefit of using lookup is that the user need not process the secondary dataset separately. All the aggregations can be performed in one action; see Introducing Aggregation Functions: Identifying Patterns in Grouped Data if you want to learn more about data aggregation functions and what’s available on the Engine.

You can choose from the provided aggregation functions when you choose to use the Lookup Aggregation action. 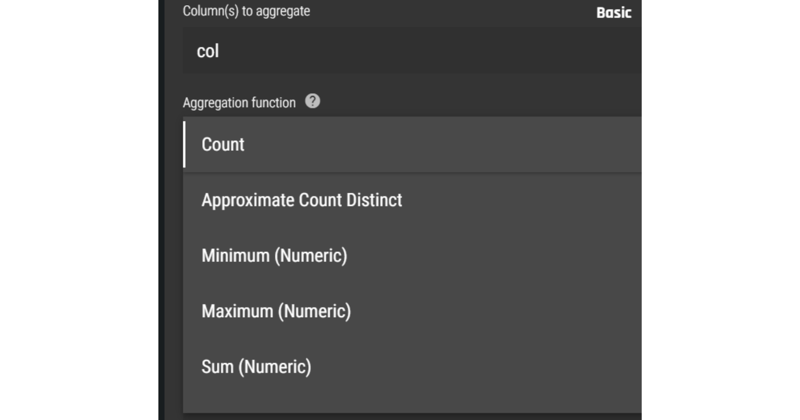 The behaviour of the various types of Join actions should be familiar to anyone who has used SQL before. The four major join types are covered.

And the options are quite straightforward. 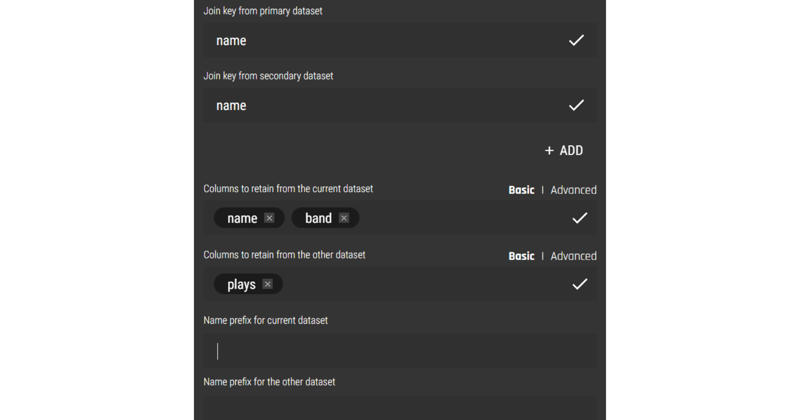 Again, the prefix options are available, if the column name clashes between the primary and secondary datasets.

In Summary, the AI & Analytics Engine has you covered for common operations like Joining and Lookup:

Subscribe for more articles on how to use the Engine in your Machine Learning projects!

Ever wanted a feature to aggregate values on one or multiple columns in a large dataset to be fed into an ML algorithm? With easy-to-use actions...

Spending hours preparing tabular data by splitting and extracting patterns from text columns? Perform these tasks easily with 5 new actions in the...

Introducing a new advanced option on the Engine, when applying an action to a column, extending the ability to apply actions to multiple columns at...