With the new 1.5.0 Engine release, you can look forward to data import improvements, as well as UI/UX changes to make your journey on the Engine more enjoyable.

We are excited to announce a new release of the Engine - version 1.5.0! This release showcases the incredible work the team has accomplished.

We had two primary objectives for this release:

Alongside those changes, we've also expanded the file types you can upload to the Engine to include Excel, improved the HTTP Import process, and more! For the detailed release notes, visit our Knowledge Hub page on Release 1.5.0.

Let's jump straight into what you can expect from this release!

Previously, when users imported data to the Engine, it was automatically read and stored as text format if the schema was not provided by the data source. There were drawbacks to this approach. So to address this, we added 2 more steps to the new dataset creation process. Through these steps, the Engine will automatically detect the proper configurations for your file, and allow you to confirm the schema of your dataset. 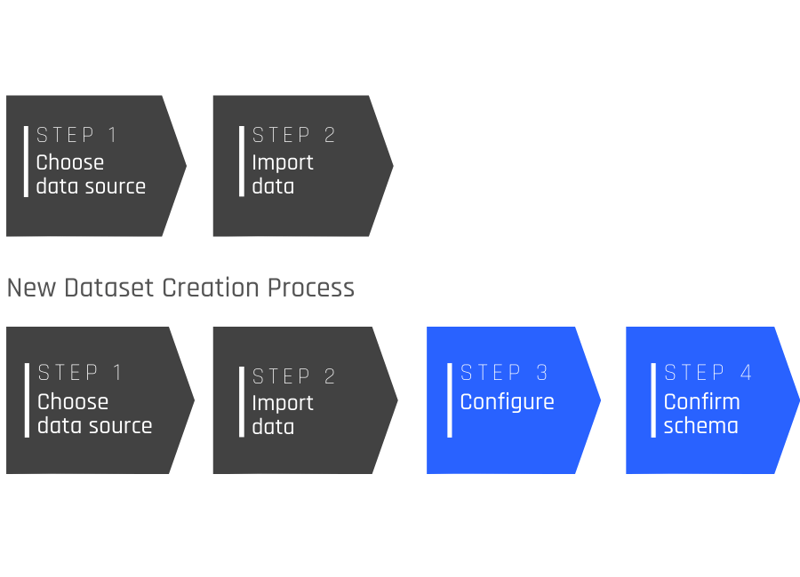 With the new HTTP process, users can now see the importing process on the GUI prior to creating their new dataset. 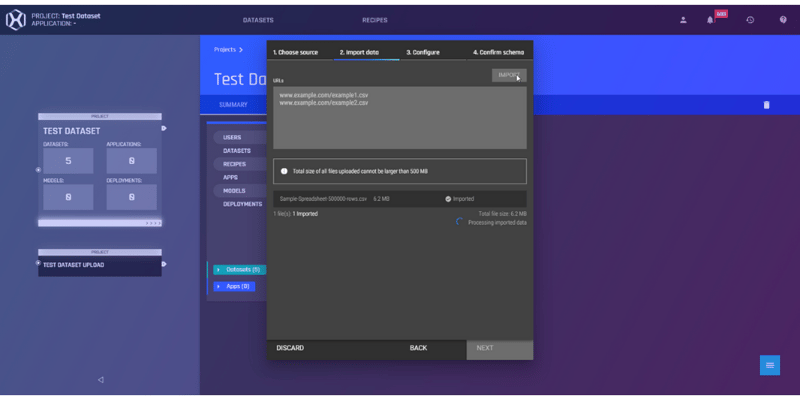 We're excited about this one too! You can now upload excel files to Engine. Choose the worksheets to include, and the Engine automatically detects the range of data to extract. Of course, as with everything else on the Engine, we focus on flexibility. So, naturally, users can manually configure the data range if they wish to. 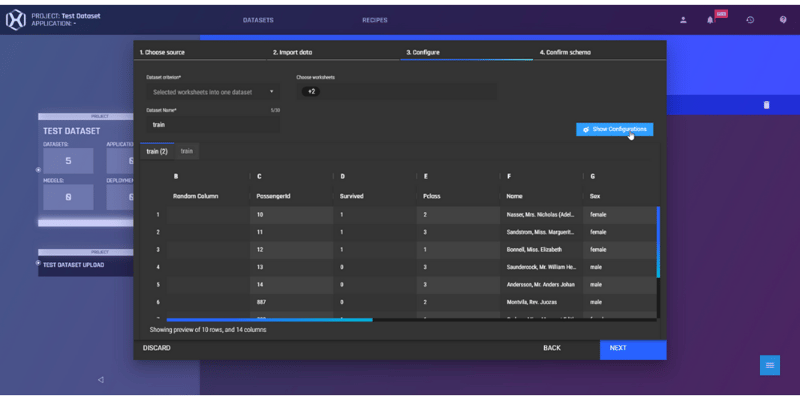 Users can now specify a query when importing data from databases, giving them the ability to specifically extract their desired data. This removes the need for users to use a recipe to attain the same result. 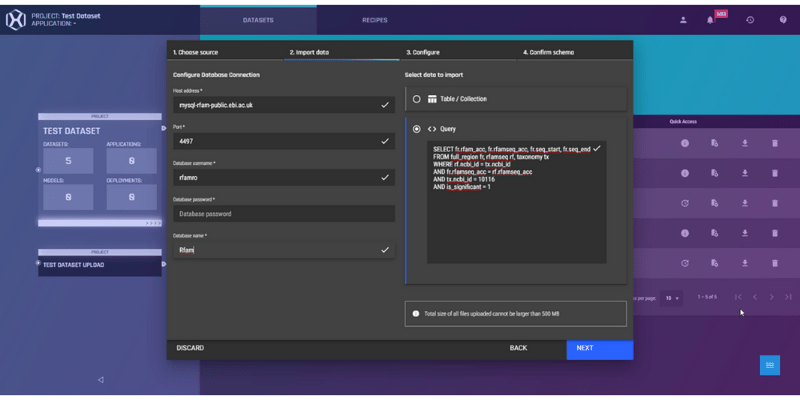 When entering the Engine for the first time, there will be a guided tour with onboarding cards to orient the user around the homepage. 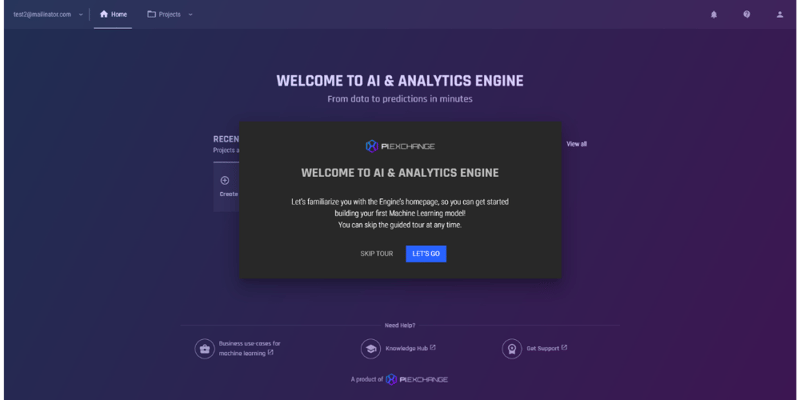 Projects are now front-and-centre in the homepage. And for new trial users, the Engine automatically creates "Your first project" for you.

We're now using a persistent navigation in the left panel, within the Project-level view. To make it easier for users to understand the next steps to take in their AI journey, we have also added guided steps on both the Project and App pages. 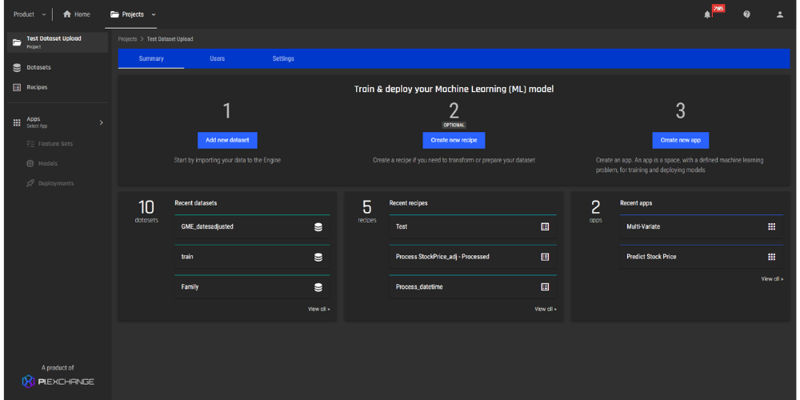 Communicate with the PI.EXCHANGE team

We want to better serve you, our users. To achieve this, we need to provide accessible avenues for you to provide us with your feedback. We want to hear your thoughts, the good and the bad.

Within the Engine, we've added in the ability for users to give feedback to the team and report any issues encountered.

At PI.EXCHANGE, we are on a constant quest to better serve our users. We value your opinion! If you have a feature request, let us know here. We want to hear from you.

Haven't started your AI Journey? There is no time like the present. Start your free trial now!

With this new 1.5.1 Engine release, we've added the new batch prediction feature to the Engine.

The latest release of the Engine version 1.4.0 bring with it GPU-supported model training, added actions to improve data-wrangling, the new business...